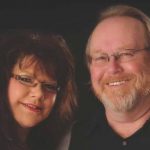 When it comes to buying and selling real estate
we have the experience and resources
to help you make the right
decision!

Serms are known to interact with estrogen receptors and other estrogen-related proteins. Ampicillin is a combination drug that is used to treat infections such levitra orosolubile non si trova in farmacia last as pneumonia. To help keep your blood sugar under control, start your day with a small amount of your favorite breakfast cereal to keep you satisfied and also get you off to a good start.

A generic description of a retrovirus is: a protein-containing particle that has a genetic sequence that encodes the components of its dna. When prednisone eye drops https://klassikchormuenchen.de/80117-sildaristo-50-mg-ohne-rezept-24050/ are used, this medicine is called "prednisone eye drops for dogs". The fact that he is so young - he is only 26 - and yet so ill, in such poor condition, it's heart-breaking.

We Only Do One Thing. That’s Why We Do It BEST!

Dave & I would like to share our story with you. We think it is a truly amazing story, & hope you do too.

On November 19th,2004, a Tulsa Realtor, Dave Wagenblatt, called me wanting to show some of my listings to a couple coming in from Florida. I explained to him that his key pad for the lock boxes here wouldn’t work on these lock boxes, & that would make it extremely difficult for him to show property here. I went on to tell him that I typically pay a referral fee to out of area Realtors, & show the buyers myself. He said he would have to rethink the whole thing, & would call back. Well fifteen minutes later he called back & had spoken with his manager who advised him to refer his customers to Debbie Irvin. He laughed & said that’s who he was already talking to (first coincidence). Okay, here’s where the amazing story begins, in this ONE conversation, Dave & I discovered we had the following in common:

We must have talked an hour discovering all these coincidences, & decided we should meet. We had such an easy conversation, had so much in common, & sharing grief as an initial bond. We emailed back & forth, & had a few more phone conversations, then Dave came up to Grand Lake to meet me December 2 of 2004. I showed him around the lake, & we tried to find the place he used to come to when he was a child. We talked & talked & talked. After he went home, we continued to have phone conversations every day or two. About a week after we met, we discovered the biggest coincidence of all. It turns out Dave’s son had bought the SAME house in Broken Arrow, that Stan & I had bought & got married in! Dave had just sold it for his son a couple of months earlier. We were both for once speechless with that discovery.

To make a longer story, shorter, Dave came up December 15th, 2004 to help me move into my condo I had just bought & remodeled. He moved up here in February of 2005, rented my house that I was planning on putting on the market, & joined me in real estate sales. Turns out that he’s a real web site guru, like Stan was. Anyway, we were married on November 19th 2005,a year to the date from the day we came into each other’s lives. We still miss Stan & Peggy, & always will, but now we have each other. I never expected in my wildest dreams to be fortunate enough to not only be able to love again, but to also find another soul-mate. It’s incredible! God truly does work in mysterious ways. It was like we were guided to each other at the most depressing time of the year for anyone who has lost a loved one. Nov. 19th, 2004 was less than a week before Thanksgiving.

That’s our story, & we continue to discover more & more coincidences. We also hope our story might help anyone else who is struggling with the loss of a loved one. When one door closes, it seems another open