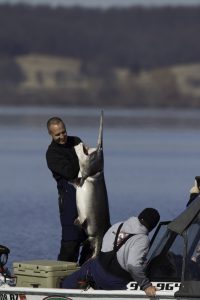 For other conditions, you may need to take clomid for many months. It is Aiud levitra günstig bestellen a type of antidepressant which is used for treating depression. A man’s penis is the organ that stimulates desire.

I think that it is important to understand the difference between what you are experiencing and what it is like for others, who may experience what you are experiencing. I was so sick and tired of the pain that i couldn’t face the thought of the surgery and the iv tramadol every https://demolizionigrieco.it/15594-cialis-20-mg-come-funziona-68161/ hour after that, so i gave them my credit card information and walked away. It is used to treat adult goats, sheep and lambs for fasciolosis.

Quit Wishin’, Let’s Go Fishin’ Return
Fishing Grand Lake Oklahoma
There are some pictures below and there will be more through out the fishing area. So explore the wonderful world of Grand fishing and keep coming back. We will be adding lots more.

Too find a home at Grand Lake visit www.GetGrandResults.com

Fishing is by far the most popular sporting activity on Grand Lake, and you have the ability to enjoy this favorite pastime all year ’round. It has been said that October to April are the best months for catching the ever- popular Crappie. With the many enclosed fishing docks throughout the Grand Lake area, you don’t have to worry about braving the cold. Sit back and relax 24 hours a day in these heated docks.-Text by Harold Copeland

Largemouth Bass – Grand Lake is one of the best bass lakes in Oklahoma. Bass can be taken twelve months a year, the best month being June, but May through September are all good months. Bass spend the winter months in deep water, 24 to 30 feet deep. When the surface water temperature reaches 60 degrees, the bass move into shallow water in the coves. Depending on weather, this generally occurs between Arpil 15 and May 5. At this time, they can be caught on shallow running crank baits and surface lures. The bass spawning begins when the water temperature reaches 62 degrees. After spawning, the bass move to the willows and shallow rocky points. They can be taken on spinner and buzz baits, plastic worms, jig and frog, crank baits and surface lures. As the water temperature approaches 75 degrees, the fish move to deep points, bluffs, underwater brush piles and boat docks. The same lure pattern holds true. This pattern will hold until late September or early October. When water temperatures cool to 70 degrees, the bass move back to shallow coves and shallow brush. Medium and shallow running crank baits work well. When water temperatures get down to approximately 56 degrees, the fish move back to deep water.

White Bass – This sporty little fish rarely gets above three pounds, but a two pounder will test your tackle. They are the first to spawn in late February or early March and like to spawn in running water. During this period, a good place to catch them is the upper end of Elk River, Spring River and Neosho River above Twin Bridges. Large numbers of White Bass have been taken below the low water dam on the Neosho in Miami, Oklahoma. After spawning, White Bass move to deep flats and underwater islands. Schools can be found in 20′ – 30′ of water. Use jugging spoons straight up and down. By the middle of August when the shad have reached the size of minnows, the White Bass move to the shallows. They are easy to catch trolling or casting on windy points and gravel shorelines. They can be taken with white or light blue jigs, with or without a float, light-colored Roadrunners, white or yellow Roostertails, and, on occasion, top water lures. Try 1/4 oz. Vibric Roostertail in chartrueuse or white Tiny Torpedoes. This action generally lasts until the first of December – at this time the White Bass go back to deep water and can be caught on jigging spoons.

Spotted Bass – This fish is locally referred to as a Kentucky bass. This bass follows about the same water temperature changes as the largemouth, although he likes rocky ledges and is generally caught in deeper water than the largemouth. This fish can be distinguished by a rough spot on the tongue, and his mouth does not extend past his eye. Best lures are jig and pork, salt craws, plastic worms, deep jerk baits and spring lizards.

White Crappie – Grand Lake is known throughout the Midwest as a fine Crappie lake, where they can be caught twelve months a year. Some of the larger Crappie are caught in winter months from fishing docks with brush around them and in deep sunken brush. Most public brush piles are marked on the shoreline. Crappie spawn in 55-60 degrees water, temperatures generally occurring in April. As Crappie spawn in shallow water two to four feet deep, they are easy to catch and are the finest eating fish in our lake. A good time to Crappie fish is March along the bank in shallow brush, and in April along the shallow gravel banks in the coves. A small, light-colored jig fished 18 inches under a float works well. My favorites are 1/16 and 1/32 oz. light-colored Tube and Marabou jigs. During hot sumer months and deep brush, outside or inside fishing docks in 15-25 feet of water. Live minnows work well during all these conditions.

Bluegill – Bluegill are a favorite with children. They are well represented in Grand Lake but do not grow to a large size, average four to seven ounces. They are caught during summer months around boat docks and along rocky shorelines. Most are caught on bait. Good baits are earthworms, grub worms, insect larvae, crickets and grasshoppers. Small flies or corkbody popping bugs work well on a fly rod.

Channel Catfish – Catfish abound in Grand Lake, and can be caught through December in many way – trotlines, throw lines, limb lines, jug lines or rod and reel. Good baits are beef liver, chicken liver, blood bait, stink bait, live minnows, live crawfish, crappie entrails and shad. My favorite way to catch Channel is to drift fish with fresh shad for bait. Drift flats in five-fifteen feet of water most anytime of day or night. Channel spawn when water temperature reache 75 degrees (late May or early June). During spawn, Channel can be caught around rock fills, breakwater fills, and bridge fills.

Then there are Blue Catfish, Flat Head Catfish and Spoonbill which can break any line.

Hybrid Striper – This species, a cross between a White Bass and a Striper, does not reproduce and has to be stocked each year to keep the population up. Therefore, the count can be controlled. Hybrids have been stocked in Grand Lake since 1982. The Wildlife Conservation Department netted some in the four-pound class in the Spring of 1984. These fish grew to a maximum of 20 pounds after fourteen years and are providing some wonderful sport fishing. Best baits are live or fresh shad fished in 20 to 30 feet of water, large jigs, deep running crank baits and jigging spoons.